ballet through the art of photography

When Miguel Morna Freitas came to Chicago from the island of Madeira, Portugal, as a 17-year-old, he couldn’t have known that his path would lead to becoming an artist. He lived with his uncle, a professor at Loyola, while attending college there, studying computer science and math. Miguel spent 20 years in corporate America and then his real passion—photography—took him into the world of entrepreneurship when he established Morna Freitas Photography.

His avocation as a “dance Dad” impacted his subject focus.  “All three of my kids—two daughters and a son—took dance,” Miguel said, adding that his daughter Clara is now a professional dancer. He spent 15 years shuttling kids back and forth to the studio, taking photos from the sidelines. Most of his work now features images of artists, from ballerinas and gymnasts to saxophone players and cellists.

Through his daughter, Miguel met Sara Bibik, a former founding dancer at River North Dance Chicago and program director at DanceWorks Chicago. As a little girl growing up in Manitowoc, Wisconsin, Sara was enraptured by the world of dance that was portrayed in photographs around her ballet studio. All of the images, however, reflected the European white aesthetic that has served for so many years as the standard in classical ballet.

Working in Chicago, she saw the lack of role models for children of color. For years, Sara had been marinating on the idea of a project she wanted to do, and Miguel had the skills to help her do it. The confluence of meeting Miguel, the pandemic, and the Black Lives Matter movement inspired Sara to propose that together, she and Miguel produce “Skin Tones,” a fine art portrait guide.

In February ten professional dancers—six women and four men—who reflect a range of skin tones were photographed in a Chicago black box theater, on loan from The Ruth Page Center for the Arts.  “We thought it was imperative to pay our dancers,” Miguel said. “The effects of the pandemic on working artists were immediate. We approached sponsors who have been very generous in supporting this project.” Miguel added that another new skill he’s had to learn as an entrepreneur is fund-raising.

Once the photos are taken, fine art print sets of them will be made for sale to dance studios and aficianados of the art of ballet. Children of color will learn the ballet positions and they’ll be able to see themselves in the images on the walls. Whether or not they go on to become professional dancers like Sara did, they will at least be able to see that it’s a possibility.

Miguel joined the Wheaton Chamber of Commerce in 2020 to sharpen his business skills. He has contributed his talents to the Chamber through “Headshot Days,” which will be held again March 17 and March 19 at the Chamber office. Miguel is active in the Arts & Sports Tourism Committee and he is participating in the “Fresh Ideas” mentoring program with Jeff James of Spire2 Communications as his mentor. To learn more about Miguel, Morna Freitas Photography and the Skin Tones project, contact him at miguel@mornafreitasphotography.com. 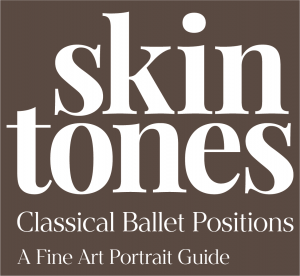