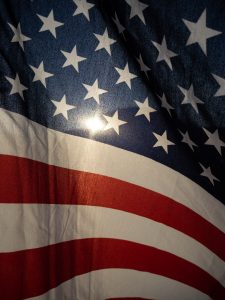 This Monday, once again I’ll serve as emcee for the famous Wheaton, IL, Fourth of July Parade. As a guest of the Wheaton Park District, I will have emcee’d this event for the past three parades—just not consecutive years, due to the pandemic. Andy Bendy has told me the job is mine as long as I want it. For me, that means in perpetuity. Recently I met with our Partners in Progress Group, comprised of representatives from the Downtown Wheaton Association, the Wheaton Park District, the Wheaton Public Library, the City of Wheaton and the Wheaton Chamber of Commerce. I told Margie Wilhelmi from the WPD and the others that I’ve worked in Paris, I’ve spoken in Taipei, but the Wheaton Fourth of July Parade is the Best. Gig. Ever.

Perhaps because we are the county seat for DuPage County, politicians flock to march in our parade. So do high school bands, service clubs like the Lions Club (full disclaimer: I’m a Lion), local businesses and performers. When we first moved to Wheaton in 1994, we were amazed to see folding chairs and blankets lining Main Street days before the actual day of the parade. People were saving their spots early for what is the quintessential, all-American Fourth of July parade. Any movie scouts trying to find a place to depict the essence of the Fourth in the Midwest is invited to Wheaton.

This Monday, as we celebrate our country, let’s also celebrate the many business owners, large and small, who reinvented themselves to accommodate a two-year, unexpected crisis—a pandemic that defied all of our expectations and experience. We can rejoice in the new conversations that have taken place during those two years, the technology that has advanced us, allowing us to stay connected, and the willingness of people—clients, customers, employers and employees—to redefine what business success can look like. To the innovators and those who gave others support so doors could stay open, we say thank you. We’re proud of our Wheaton Chamber members who redefined the term “grit.” There are lots of ways to be a patriot, and that’s one of them.

The Fourth of July means a lot of things to the people of Wheaton, Illinois. 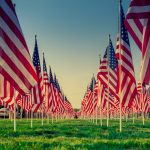